I can tell you where I was exactly one year ago tonight. I was at the Iron Horse in Ormond, Florida. I remember it well. Naturally, my brother was with me. It's been a tradition for us to celebrate Bike Week together. He called me this morning and said he missed me. I told him that I had planned on being there, but all the necessary things had not happened yet. I did tell him that surely I would be there in October for BiketoberFest. Daytona Beach holds the first motorcycle rally of the season. Watch this video and you will get an idea of how wild and crazy Bike Week can be.


What a magnificent rite of spring. The this year marks the 70th anniversary for Bike Week. Imagine, if you can ,700,000 motorcycle enthusiasts converging on the Florida coast for10 days of fun in the sun. I didn't take the video, in fact, I welshed it  off of YouTube. Let me show you another one I found. I know it's a Harley-Davidson commercial but I like what the words say.

Okay, enough pilfered stuff. Let me show you some of the photographs I have taken of Bike Week. Florida is one of my favorite places.
I have always said if I got too old or too stoved-up to need a three wheeler, I would probably stop riding Of course, I was a lot younger when I was making statements like that. The custom three wheeler in the picture above would make a fine geezer ride. Heck, I'd take it right now.
The two choppers above, although they look old, are new. There were a dozen motorcycles at the show that were made to look vintage. The duct tape on the seat gave me a chuckle.
The  Fords and the Harleys are in my brother's driveway. We both have F350 duallys and Harley dressers. I guess it runs in the family. The white truck and the closest Harley are mine. His house is just a few miles from The Iron Horse. All I can say about the Iron Horse is that you have to see it to believe it. You can read about it here. There is no admission charge and David Allan Coe plays under the stars every night of Bike Week. If you don't know who David Allan Coe is, I'll bet you know some of his songs. My brother and I have a tradition of going to town and doing rally things, and then stopping off at the Iron Horse for the evening show. Please enjoy this video by DAC. 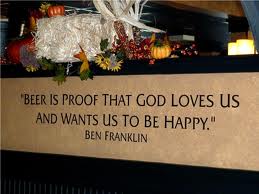 Once again, thanks for stopping by . I don't know about you, but I'm ready to trade restless, irritable, and discontent for happy, joyous and free. It's a beautiful spring day here in West Texas and I think I'll just go for a Harley ride. Yeah that's the ticket. And I got one more hour of daylight to do it. Thanks Ben!