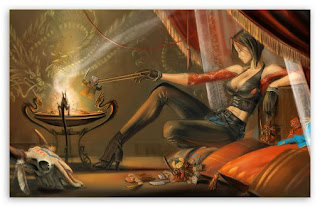 And that's a pretty good picture, isn't it? I had fun when I Googed "Black Magic Woman". I use Google as my search engine and I don't use any search filtering, so you can imagine the variety of pictures that came up. I guess we can call this my annual Halloween posting.

The first time I saw Carlos Santana live was about 41 years ago. I have changed a lot! He doesn't seem to change, except for age. I really enjoy this version of this song....

To be honest, I don't have anything new to write, it seems to be the same old, same old. I am almost desperate to get this house sold so I can continue on my path of being a full-timer. I don't understand why it's taking so long. It seems like my days run together, so I'm sorry, I'm really not that patient of a man. I'm more of an action type guy. It's hard to sit around and wait for something to happen here. But, I have no choice. Drats!


I hope everyone is exactly where they want to be. 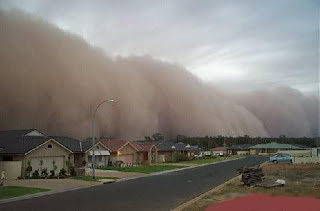 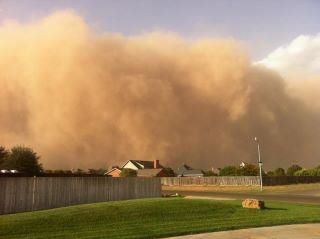 Both of these photos are real. This is what we got Monday afternoon. I had listened to the weather and knew a cool front was on it's way and expected some winds. The gigantic wall of dust came with them. Here is what the local paper said:


A dust storm accompanied by sustained winds of 40 mph and gusts above 70 mph across the South Plains idled about 3,300 of the city’s 93,000 meters.
Meteorologists and others were loosely calling it a haboob, which the American Heritage Dictionary says is a penetrating sandstorm with violent winds occurring chiefly in Arabia, North Africa, and India.
To residents of this region, the rolling red cloud was an end-of-the-world sight coming, and an immense cleanup job leaving.
Besides tree limbs scattered across the area, brown sand coated surfaces the way Lubbock Pioneers described the dust bowl.
Although car wash companies weren’t getting an unusual amount of work to do Tuesday, Jason Crawford saw what the dust storm could have been like for those with windows left down.
Here is a video....
I only took a few pictures. Here is one of them. 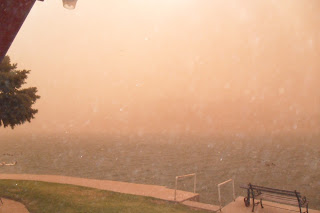 I remember storms like this from my childhood, but we just called them sand-storms or dirt storms. We didn't know they were HABOOBS.  You live and learn, hopefully.
Here are some local comments:

“I remember a bus trip to a basketball tourney in high school. We were in a sand storm like this one. Everyone moved to the side of the bus away from where the sand was hitting the bus.”
—Lynda Bryant, Facebook
“I remember these storms when I was a kid. Grandma Taylor always had plastic on the windows. If we were in the car with Dad he would just pull over and take a nap. Ronald L and I would just sit there and watch the dust blow by.”
—Velma Jo Bowes, Facebook
“I remember trying to ride my bike to school when C.N. Hodges was a brand new elementary school. 195 -1953. We all had to go to the rest room when the early bell rang and rinse the sand and grit from our mouths.”
—Duane Roberts, Facebook
“I was born and raised in Hockley County, also lived in Lubbock. One of my first memories is being in a half-dugout during one of these storms. We could barely see the coal oil lamps and I could hardly breathe even though the windows were covered in heavy quilts. Is this another Dust Bowl or worse?”
—Arjai Barrington, Facebook
“This is exactly how it was in the 50’s when I was young. Dark, black dirt rolling in. Back then, we put wet towels over windows so the inside wouldn’t look like the outside.”
—Sue Blankenship, Facebook
“I can remember the dust storms Lubbock got when I was a kid and not being able to see the fence that was attached to the house just outside the back bedroom window. We would have the lights on in the middle of the day because it was so dark. Cars had hood ornaments then and you could not see it, much less the car in front of you. I just turned 70 so I was not around for the famous dust bowl of the 30’s, but was definitely there for the 40’s. We had a few pretty dandy ones in the 50’s, too.”
—By flgirl, LubbockOnline.com
“We would close up the house as tightly as possible, put damp towels beneath the doors leading to the outside, etc. Despite our best efforts there would be dust in the sugar bowl, dust on every surface, dust on your pillow and in the sheets, and when I turned on the shower in the morning a little river of mud would first flow down the drain. The sky would be red and the sun would be clouded over, but from the dust! It would take a day or two for the skies to clear. People would get a little crazy (crazier?) from the storm. It was like life on another planet.They were great excuses to skip class when I was at Monterey HS.”
Never a dull moment here on the Great High Plains.
All Lubbock buddies in
New York City
(get a rope)
Nothing seems to be happening on the home sale. I am a little dismayed but not discouraged. My future is unfolding just as it should. I still have the faith.
Love you all,
Michael
14 comments..... 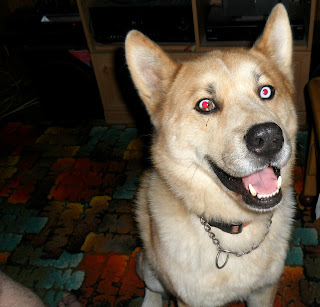 Many years ago, there was an album by The Firesign Theater. It was called, 'Everything You Know Is Wrong'. I am beginning to believe that. (I will give examples)..

How is everyone doing? I really mean it, how is everyone doing? I will tell you that I have had a trying time lately. I am very anxious to get this house sold and move into my new future. It's funny to me how we can believe one thing, probably because our friends, parents, teacher or whomever has told us, when all along the truth was something else. Let me give you an example.


I was married in the past and one time, we were at her mom's house for Thanksgiving dinner. Prior to that, she and I cooked a ham and she whittled of the end, put it in the pot, cut side up. I asked her why she did that? "Mom taught me that" was her reply. I asked my MIL why that made for a better ham. She laughed and said here mother had taught her to do the ham that way. It turns out that the grandmother said that you had to do that to get the ham to fit in the pot. Here are some opinions I have discovered. I say opinions because so many things I was taught have turned out to be wrong....

food myths
man myths
women myths
general myths
It just goes to show me that many of the truths that I was taught were just opinions. I hope to debunk as many of them from my head as I can. Please, wish me luck, for it has been stuffed full from birth. Now for a true video. I know it's true, because I read it on the internet.....


Be mindful, O Lord, of those who travel by land, by sea, and by air; of the old and young, the sick, the suffering, the sorrowing, the afflicted, the captives, the needy and the poor; and upon them all send forth Thy mercies, for Thou art the Giver of all good things.


May you go safe while traveling far, may you love and live long,
May we all meet and be happy again.

Ready to Cast My Fate and SSreform!!

I found a video that fits my situation to a T! I remember this song from early childhood and found this very interesting version. I got such a kick out of it, I have watched it and laughed many times.

I am just treading water, watching the leaves turn colors, and waiting for a house sale. It seems that lake houses sell much better in the Summer. I am sure that time will tell....it always does. Here is the latest on Social Security reform. Would this really work?

Thanks for stopping by, and please, come on back.