All Fixed and Fixed-up Good! 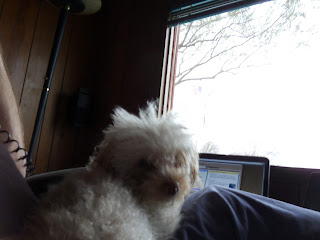 We all know that all is well that ends well, right? This past week I had two very challenging and almost overwhelming incidents. First down was my desktop computer out in my office. It doesn't get all that much use, but I like having it there. It decided to completely freeze, so I decidedly stuck in the reboot discs and thought it was going okay until the last screen. Several hours later I got on Craig's list, looking for a used computer tower. I found a pretty good DELL, and called the phone number. I was assured that it would work for me, but he also asked that I bring my old one over. Rafael's shop is in one of the bedrooms of his house. He's got a nice shop, lots of shelves with electronic equipment, and a few items waiting to be delivered to their owners. He looked at my old dinosaur of a computer and said it was a pretty good machine, 250gig HD and so forth. I told him that even though the hard drive was gigantic, I had just about filled it up. He said he could completely erase my hard drive, including petitions, and reinstall my operating system." How much" I asked? " I usually charge $125, but I'll do it for 50 bucks." he said. I reached in my pocket and happen to have a $50 bill. " I'll have it ready by tomorrow afternoon." he promised. Well, sure enough, he called and said it was ready and that he had included a few programs for free.(He went way beyond the call of duty) I mean, really, look at this…… 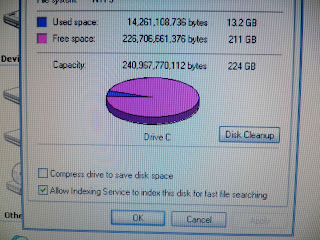 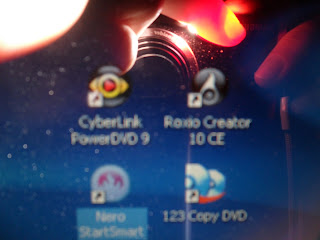 My other weekly problem had me perplexed. Several months ago, I noticed a wet spot on my carpet. I naturally blamed my dogs. I would blotted out and dry it, and it would come back. It finally went away, with me thinking, what good dogs. At the first of the week, I was walking into the kitchen, in my sock feet, when I stepped on the dreaded wet spot. It was in such a place as I knew the male dogs didn't do it. Little Cammy must've thought I was crazy, but I was accusing her. Over the next 48 hours, I would change out house and squeeze out water, and I finally decided that she didn't have the capacity for moisture I was sopping  up off floor. I decided it was a leak in slab. It finally turned out to be a leak in the water supply line to the refrigerator. So, instead of the thousands of dollars. I had envisioned spending on that major drain leak, I spent about 18 bucks on compression fittings. It's funny to me how water can migrate 4 feet and decide to come up to the surface, but it sure can. No damage done, and really it was a lesson learned. 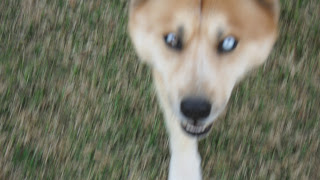 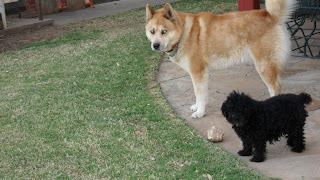 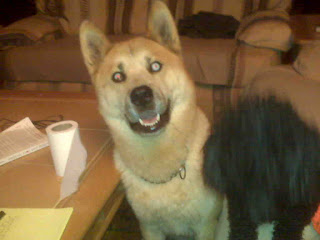 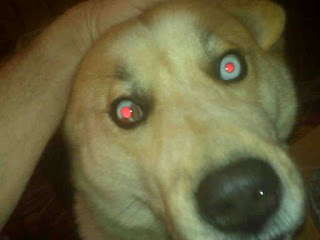 Needless to say, I apologized, profusely, to my dogs. I think they have forgiven me. Here are some photos of my pack…


While we're on the subject of dogs, I want to publicly state that I really do like most dogs more than most people. Here are a couple of dog videos I've been watching this week. Both of them can bring tears to your eyes, please enjoy!


The weather has been nice, but were taking a change to the worst. You know, the usual, blowing wind, scattered showers, turning to snow in the PM. What the heck do I expect? I live in the Texas Panhandle.


Thank you Mr. Anonymous for helping me learn to check my facts before I publish them in my blog. I'll stick to things I know about.

I appreciate all of you coming by, and hope your week is filled with warm love.