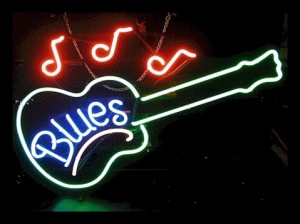 Hello, my friends, how was your leap day? I hope it found you all jumping for joy. I have some interest in my house, but I'm not quite ready to make it public. I have to tell you, this is gonna make a big difference in my life. Time will tell what will happen, and then I will tell you. In the meantime, let's have a little fun. Are you familiar with the story of Robert Johnson? If you need the background, read it here. What he, and so many blues legends have in common, is the state of Mississippi.(particularly, the Mississippi Delta). Here are some shining examples......

Father of the Blues
I don't play no Rock and Roll


So, you ask, where's that fun you were talking about? Do you know your blues name? The following chart is scientifically designed to introduce you to your inter-bluesman. It has been carefully crafted, using Delta magic and chitlin divination....... 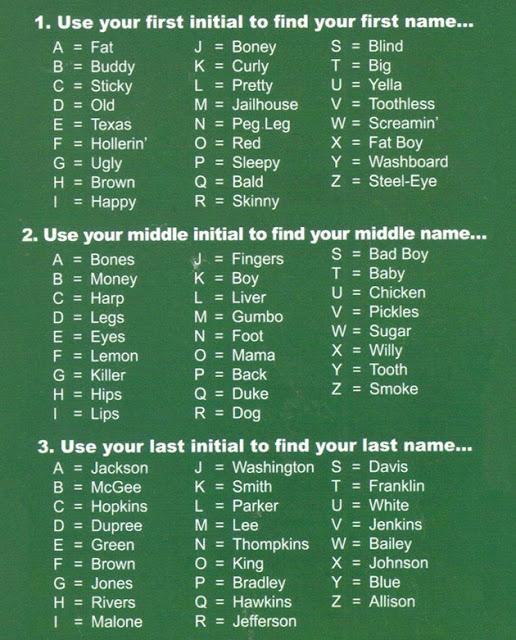 Here's proof that it really works. 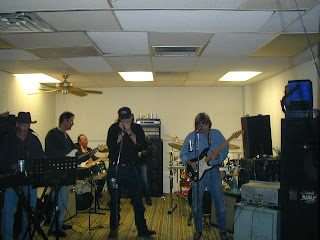 
Well, I hope you had a chuckle or two, and will tell me what your blues name is. As BB King said,"the blues is just a good man(or woman) feeling bad." Here's some great female blues players.....


That's all for now, but I'll be back with some more. Thank you so much for stopping by.

If I Had Ever Been Here Before, I Would Probably Know Just What To Do. Don't You? 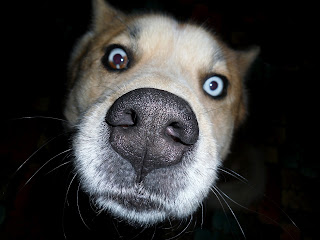 Hi friends. No, I'm not dead, or in the hospital, or AWOL. In fact, things are going fairly well.(please notice I said fairly). I have had a dental episode, and, it seems like I have developed a little high blood pressure. I'm pretty sure the blood pressure issue has to do with the stress that I am feeling, right now. To some, it would seem like I had it made. To those of you who have blazed the trail that I'm on right now (purging and selling and becoming a full timer)  you know that it does create quite a bit of stress. I wonder why it is so hard to let go? I have a fairly good philosophy about stuff....


" Would pay to acquire it, paid housing on it, pay to store it, when we run out of room, and pay to move it too, when we seemingly and inevitably upgrade to a larger place. We repeat this cycle a few times, until the day comes when your next of kin gets stuck with paying once again to dispose of it".

That really does say it all.

Taking it to the streets.
Gotta love that, don't we? This next one has to be one of my all time, favorite songs.  I was barely out of high school when this song came out. I may not 100% agree with every line, but I agree with most of it and I absolutely love the guitar solo.....

I got a friend in Jesus
Saturday would have marked George Harrison's 69th birthday. He was, and still is, my favorite Beatle. Here is a live version of a song that was on his multi-platinum, solo album, All Things Must Pass. RIP Brother George!

As you probably know, I just love YouTube. Every once in a while, I find something that is just too crazy for words. This video is from a Lawrence Welk show, and was written by a duo named Brewer and Shipley. Read about them here.....

I am certain the producers and the artists had no idea as to the true content of that song. Can't help it, ROTFLMAO!


I had some play on my house. It is encouraging, but I am reluctant to say anything about it until the money is in the bank. We all know that the road to poverty is paved with BE BACKS! My Anatidae family of birds, (Annie and Roxi) over at THE GOOD LUCK DUCK, had this to say....


"I won't breathe wrong or quack with joy lest I jinx your aura or something.  Break a footer! Webbed toes and wings crossed."

I am not superstitious (well, a little), but I agree with that logic. I'll let you know how the deal turns out. I have done my research into the reverse mortgage idea. It looks like a very viable alternative. The bottom line is that the federal government pays you 60% of the FHA appraisal. That would be free and clear money. If you sell your house, you owe them what they "loaned" you, plus 5% APR. I think it's a pretty good idea and a place to fall back on if my house doesn't sell, soon! It's an all or nothing situation around here. I either sell the house and pursue my dream of being a full-time RV'er,  or go get another job and stay here in prison/Hell. Yes, I am that determined. Have you ever heard the term "root hog or die"? It's good that I believe God is helping me through this transition because I don't know if I could really do it on my own.


I will try not to go so far between updates. It's hard to write about the same old stuff, nothing is really happening, I wished I were in 'Q', life's not fair, nobody loves me, etc. etc. I wouldn't enjoy that, and I don't think you would, either.


I do thank you for your comments and your support, because as I've said before, it means an awful lot everything to me.